Debian can be configured as a desktop or server OS 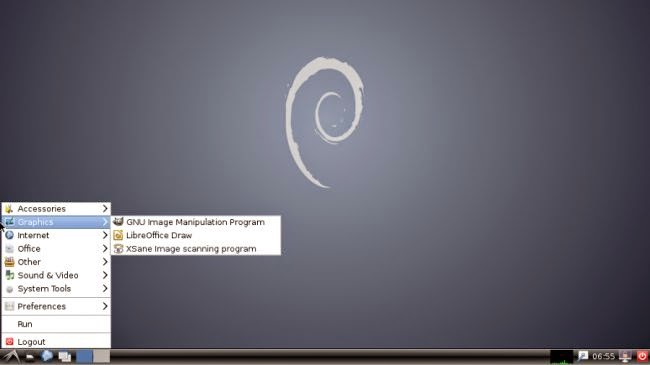 While this distro is still considered to be the best offering for rolling out servers, Debian has also made inroads into the desktop. It now ships with all the popular desktop environments such as Gnome, KDE, Mate, XFCE, etc. The recent releases have also introduced a simpler installer.
Debian is flexible and can be configured as a desktop, or as a web/mail/file server. One of the biggest contributions Debian made to the free software world was the dpkg manager, which is the underlying system on several popular distros like Ubuntu and Mint.
It ships with no proprietary drivers or codecs, but being one of the oldest and most popular Linux distros has its advantages. Almost every software vendor provides pre-packaged binaries for Debian, so installing stuff is a breeze.
The project subscribes to the “release when ready” philosophy but aims to release a new distro every two years. Debian produces three distros: Stable, Testing and Unstable. The latter two are aimed at experienced users and developers.
Unlike most other distros, Debian ships with older, but thoroughly tested stable packages. This means that the distro doesn’t feature cutting-edge software or technologies. Experienced users hoping to work with the latest offerings can switch to Debian Testing or Unstable.
All new packages are first introduced in Unstable and moved into Testing eventually. At this stage, the packages are still not ready for mainstream use but have undergone some testing and received bug fixes.
Verdict: Debian delivers a perfectly stable system suitable for servers. However, with its focus on older software, it is not the best distro for beginners.
Rating: 7/10
What is SAP Landscape?
SAP Client Copy – Local, Remote & Import / export
Linux ubuntu
Linux Fedora
More than 100 Keyboard Shortcuts (Microsoft Windows)
Previous Post Next
Tags
Linux
About The Author