Elementary is a slick performer, and a looker too 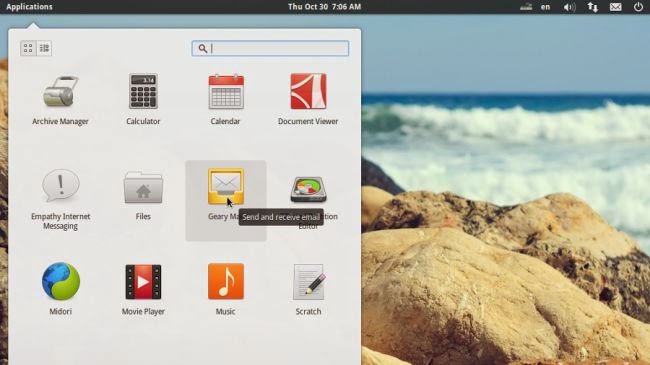 Despite being a derivative of Ubuntu, Elementary has little in common with its source. Apart from using Ubuntu’s backend, almost every other component of the distro is home-grown. Elementary OS features a custom application launcher, file manager, desktop environment, icons, themes and more.
The distro also places a great emphasis on design and as a result offers a curious choice of default software packages. It draws inspiration from Apple products and features several custom apps. Its Apple fixation is evident from tools like Snap, a webcam application similar to Apple’s Photo Booth. Other custom tools include Geary Mail, Scratch text editor, Audience video player, Gala window manager, and there are many more. Some of these tools, like Audience and Snap, will debut with the next release, Freya.

The distro is lightweight and blazingly fast. It doesn’t offer many apps out of the box and doesn’t include codecs for proprietary media formats. This means that you can’t play MP3 files, videos, or even YouTube videos out of the box, but you can leverage its Ubuntu lineage and access thousands of additional packages and multimedia codecs using the software centre.
Elementary OS doesn’t ship any non-GTK+ apps which is why it doesn’t feature mainstream apps like LibreOffice, Firefox, etc.

While the distro is free to download, users can make donations to the project.
Verdict: A perfect distro for users disillusioned with their proprietary OS and looking for an eye-pleasing alternative.