Blogger Passion
June 7, 201517 Views1
Windows 10 System requirements
System requirements
Basically, if your PC can run Windows 8.1, you’re good to go. If you’re not sure, don’t worry—Windows will check your system to make sure it can install the preview. 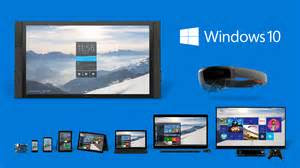 Processor: 1 gigahertz (GHz) or faster
RAM: 1 gigabyte (GB) (32-bit) or 2 GB (64-bit)
Free hard disk space: 16 GB
Graphics card: Microsoft DirectX 9 graphics device with WDDM driver
A Microsoft account and Internet access
Important notes
Some PC processors and hardware configurations aren’t supported by Insider Preview, including a small number of older, 64-bit CPUs, and some 32 GB and all 16 GB devices running a compressed operating system.
To access the Windows Store and to download and run apps, you need an Internet connection, a screen resolution of at least 1024 x 768, and a Microsoft account.
The Windows Store in Insider Preview will have many (but not all) Windows 8.1 apps available. (Apps for Windows 10 Insider Preview will not be available for PCs running Windows 8.1 or Windows 8.) Keep in mind that if you install the preview but then decide to go back to Windows 8.1 or Windows 8, you might have to reinstall your apps from Windows Store.
Cortana is currently only available in English (United States), English (United Kingdom), Chinese (Simplified), German (Germany), French (France), Italian, and Spanish (Spain). To be able to use Cortana, the country or region for your system must be set to one of the available languages, and you also need to have installed that language’s version of Insider Preview.
After you install the preview, you won’t be able to
play DVDs using Windows Media Player.
If you’re running Windows 8.1 but haven’t installed Windows 8.1 Update yet, you won’t be able to install Insider Preview. Try running Windows Update to get Windows 8.1 Update before you install Insider Preview, or you can download an ISO file instead.
If you have Windows 8 Pro with Media Center and you install the preview, Windows Media Center will be removed.
The preview won’t work on Windows RT 8.1 editions.
There is no N edition of Insider Preview, so if you upgrade to Insider Preview from an N edition of Windows, you will no longer be running an N edition.
If you’re running Windows 7 without SP1, you can only upgrade to the preview by downloading an ISO file. If you install Windows 7 SP1, you can upgrade to the preview by using Windows Update or by downloading an ISO file.
Languages
Insider Preview is available in the following languages: English (United States), English (United Kingdom), Chinese (Simplified), Chinese (Traditional), Portuguese (Brazilian), Japanese, Russian, German, French, French (Canada), Korean, Italian, Spanish, Spanish (Latin America), Swedish, Finnish, Turkish, Arabic, Dutch, Czech, Polish, and Thai.
Notes
If you’re running Windows 8.1, Windows 8, or Windows 7 and your system language isn’t one of the available languages listed previously, you can only keep your personal files when you upgrade. You won’t be able to keep your apps or Windows settings.
If you installed the preview when it was first available in English, Chinese (Simplified), or Portuguese (Brazilian), and you now want to switch to one of the additional available languages, you’ll need to download an ISO file to reinstall the preview in one of those languages.
Some text in the preview will not yet have been translated into all available languages and will only appear in English. This text will be translated into all available languages by the time the final product is available for purchase. In addition, some translated text might appear as unfinished or inaccurate. This text will be refined and finalized before the final product is released.
If you’re running Windows 8.1, Windows 8, or Windows 7 and have installed a language pack or a language interface pack (LIP), they’ll be removed when you install Insider Preview.
Share:

How to Install Windows 8Software

How to Install Windows 8

What is Active Directory?

How to install English Dictionary